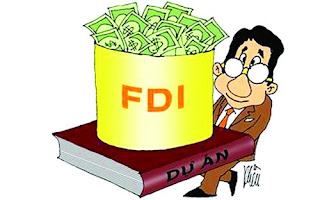 Vietnam is betting that the most significant easing of business regulation in 25 years and an accelerated sale of state-owned firms’ shares will revive a flagging investment outlook.

The government on July 1 will reduce to six from 51 the number of areas in which firms are prohibited from operating, allowing fireworks manufacture and genetically-modified products, among others. It will also loosen regulations in more than 100 other areas in what will be the biggest overhaul of business rules in the economy since private firms were allowed in Vietnam in 1990.

“We aim to trigger an investment wave from both local and foreign investors,” Planning and Investment Minister Bui Quang Vinh said in an interview in Hanoi June 18. The revised laws on investment and enterprises “will make huge changes to significantly improve our business environment and create strong momentum for growth,” he said.

Vietnam is facing competition for foreign direct investment from other nations in Asia, with pledged FDI in the first five months of this year totaling only $4.3 billion, less than 20 percent of the total forecast for 2015. Prime Minister Nguyen Tan Dung aims to sell a record number of shares in state-owned firms this year as the government seeks to spur economic growth to a four-year high of 6.2 percent.

The benchmark VN Index gained 1 percent by its noon break Monday, heading for its highest close since March 6. The dong was little changed against the U.S. dollar.

The revised laws “are a major milestone to encourage foreign as well as domestic investors,” said Alan Pham, Ho Chi Minh City-based chief economist at VinaCapital Group, Vietnam’s biggest fund manager. “They represent a change in the mentality of policy making -– more towards the market and less by bureaucracy.”

Pledged foreign direct investment in Vietnam fell 22 percent in the five months through May from a year earlier, according to data from the planning and investment ministry. Disbursed FDI rose 7.6 percent to $4.95 billion in the period.

“In Vietnam, we are offering more incentives in areas such as taxes and land to lure foreign investors,” Vinh said. “We aim to be among the top four Asean countries for FDI by 2016.” He forecast pledged FDI would reach as much as $23 billion this year, from $21.9 billion in 2014, and predicted disbursed FDI to be about $12.5 billion.

The government will issue six decrees next month to provide detailed guidance on the revised laws, Vinh said. A “large number” of permits and licenses will be abolished “to make it a lot easier and more transparent for investors,” he said.

The six areas in which businesses will still be prohibited include prostitution, as well as trading of illegal drugs and wildlife, according to the government’s website. Vinh predicted economic growth would quicken to 6.1 percent in the first six months of 2015 from 5.18 percent in the same period a year earlier.
“This is the biggest change in business regulations since Vietnam allowed private companies in 1990,” said Tran Dinh Thien, director of the Vietnam Institute of Economics in Hanoi. “It’s significant, yet the implementation of the regulations is crucial.”

Foreign investors will have more opportunities to invest as more state companies sell shares this year, Vinh said. “However, we should sell state stakes in larger proportions, not just five, 10 or 20 percent as we have been doing,” he said.

The government faces challenges in reaching its target to sell shares in 289 state companies in 2015. Shares in 43 of these businesses had been sold by the end of May, according to the finance ministry.

“We should sell shares at larger proportions to make it more attractive, since investors would want to hold the stakes big enough to allow them to be involved in the companies’ management,” Vinh said. “Selling shares in such small proportions won’t make any difference to the companies while improving corporate governance is what we really need now.”

These investment laws changes has been suggested by some lawyers to make Vietnam more attractive to investors.
We all know that between law and reality, there are big gaps that are discovered only during IC application.

Will obligations of foreign companies versus local companies will be aligned ?

What about labour law with this new social welfare tax ?

What about immigration and especially visas and work permit for foreigners working for the expected wave of FDI ?

What about improving the education system ?
If you invest in a country and cannot find suitable skilled employees.

What about enforcement laws against corruption ?

The list of unsolved issues preventing investment is very long.

Welcoming foreign capital is one thing but there is still a long way to go for protecting foreign investment.

I will let other members to list what is missing to encourage a sustainable investment.